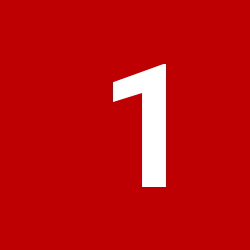 My wife has been bugging me for months to replace the subwoofer in her 2001 LS430 Ultra Luxury Edition. So this weekend started the research to find out how and the cost via Google. This site and other hits had me attonished at how much it costs to replace this 8" subwoofer. Not to mention the labor. The ULE has power rear seats which made it more difficult for this neophite to attempt.

Ok now looked at repairing the subwoofer to see if it is possible. Read about hot glue gun and silicon as repair options. Then popped off the cover as recommended using two large flathead screw drivers cuz my hammers and other wedge type tools were too big due to rear window. The cover popped right out. I inspected the subwoofer and as in many writeups noticed the rubber gasket that holds the paper part of the speaker to the circular plastic rim had seperated from this rim. Not only that abour 1/3 of the 1st fold inward was also ripped. No wonder the speaker made such a horrible flapping sound and had to be turned off by the stereo control panel.

Being a fisherman who maintains his own boat I thought I'd try to repair the speaker with 3M Fast Cure 5200 Marine Sealant my favorite sealant/glue. Note: It is a permanent fix and almost impossible to remove once cured. Therefore, I carefully applied and smoothed out with my finger the 5200 to attach the rubber gasket to the plastic rim and also repair the 1st inward fold of the gasket (see pic). Even though it says fast cure it's not so fast. It cures in a day instead of days. 5200 is elastic and should move up and down but not as much as the rubber gasket or whatever it is called.

The next day tried the 5200 repaired subwoofer out and it sounded great to me but what was more important my wife was happy. She did not notice I accidently got some of that snow white 5200 on the back of the black leather headrest. However, once i noticed it while taking the pic below, I stained over the permanent white 5200 smear spots with black shoe polish. Whew, that was close.

You can get the Fast Cure 5200 at HomeDepot for about $9 and $13 at Westmarine. However WM carries 5200 in black so if I did it again I'd probably use black so you would not notice it on black leather. 5200 is like the jumping cholla cactus and will majically attach itself to something important you have thru telepathy so be careful with it.

Sign in to follow this
Followers 0
Previous Tutorial Caliper Slide Pin Overhaul - Plus All Models (i Think?)
Next Tutorial Ignition Coil