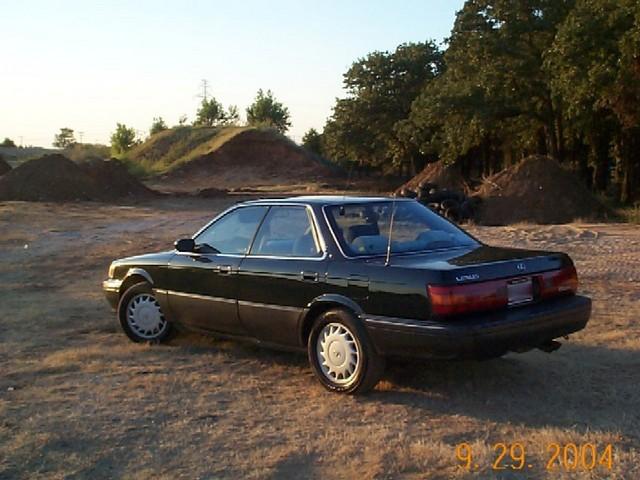 ) She has almost 150K now and purrs like a kitten, but this wasnt so when i bought her. This car has quite a legacy to it. I bought it from a person i worked with, which was the biggest mistake of my life. Turns out, he never took care of the car, and the car had some serious issues with the front end, steering, and oil leaks, in addition to never havingt he timing belt changed (i found out about all except the oil leaks after i bougth the car, the steering he said just needed an alignment which i figured was probably correct, but it started getting worse with time, and the oil leaks i knew about, everything else has popped up since i bought it, but were issues that were long neglected.) I paid $2,000.

Long story short, my lawyer got me back $1800 and some change becuase the steering caused the car to fail the inspection, the inspection that was on it had been BS. (I'm guessing here) The previous owner paid the technician to pass it, as i told him i wouldnt buy it unless it passed.

Since then, i have spent a little over $2,000 restoring the car. I say restoring, because in my experience, after 10 years, a car becomes a restoration project, rather than just a repair. Special Thanks to JP Importz for making the restoration possible with great deals and excellent customer service. I couldnt have done it without you Jason!